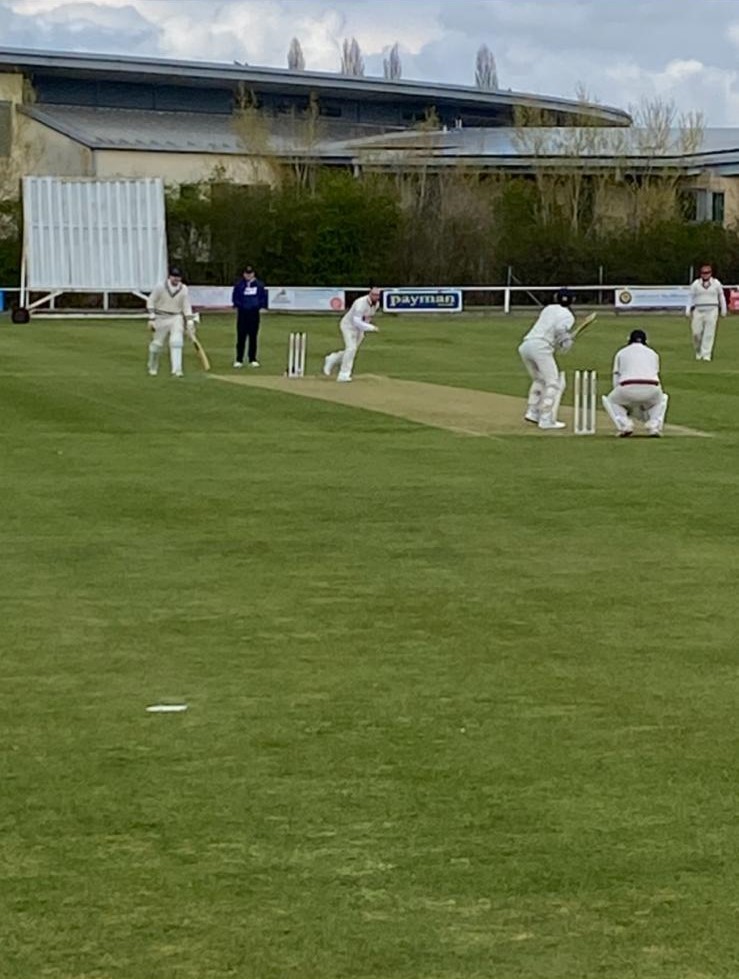 Frome 2's up and running with a cold warm up game!

Frome 2s up and running with Bradford-on-Avon win

Cricket made a welcome return to Fromefield on Saturday as Frome 2s kicked off the 2021 season with a good victory against Bradford-on-Avon. On a bitterly cold afternoon both sets of players dusted off the cobwebs in an excellent run out in preparation for the league season commencing in May.

After being inserted by the visitors Frome got off to a strong start, mainly thanks to the fluent strokeplay of Paul Sanger (51*). After retiring Bradford-on-Avon applied the brakes with the tidy Harrington (2-34) accounting for Unwin. However useful contributions from Potter (52*) and Jon Dredge (49*) – coupled with a powerful end to the innings from Arthur Harman (29) – boosted Frome to 208-3 at the interval.

A tight start from Collis and Cox kept Bradford behind the rate. However after Wheeler dislodged Edwards, Harrington (43) and Burrows (21) combined effectively to drag the visitors back into the contest – pushing the score on to 73-1.

Ford (3-31) then broke Burrows’ resistance and two further scalps for the left arm spinner turned the game in Frome’s favour. With the Showmen now in the ascendancy Harman then blew away the lower order with a destructive spell of 5-8, with Collis returning to take the final wicket and seal a strong 96-run victory.

A good start for the Showmen, with their pre-season schedule continuing next Saturday away to Warminster.