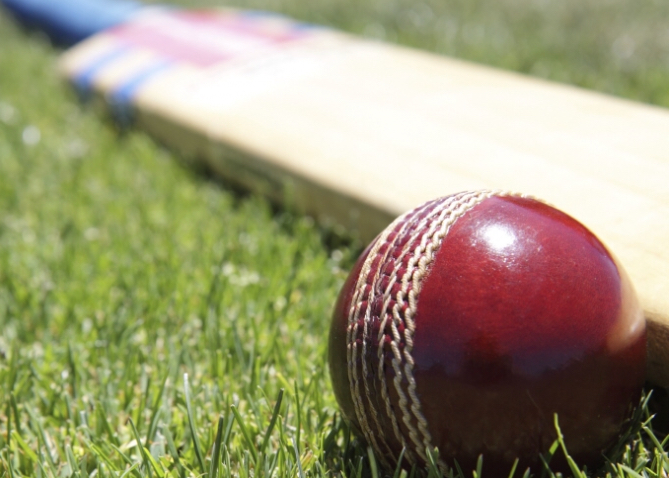 Frome 2s continued their fantastic winning streak on Saturday with an impressive win at Ilminster. In a see-saw contest Frome had to fight tooth and nail against the battling hosts and hold their nerve through some trickyperiods to see themselves over the line and to a vital 33 points.

On another hot afternoon, the home side won the toss and had no hesitation in inviting Frome to bat first. On a challenging wicket which kept low throughout Leonard (28) was again the aggressor as the Showmen got off to a steady start. However upon his dismissal Ilminster took pace off the ball and applied the squeeze – keeping Potter and Pinchen in check with boundaries at a premium.

With the lack of pace and bounce continuing to make life difficult, Pinchen and Smart both departed to leave the innings precariously placed at 77-3 with 18 overs to go. A much needed acceleration was provided by Lewis who combined well with Potter in a stand off 77 in 14 overs to give the innings real impetus. Given the conditions, finding gaps and hard running was the order of the day – however some lusty blows at the back end contributed to pushing the Showmen up towards a competitive score.

When Lewis (37) eventually perished trying to clear the pavilion, Potter continued scampering with Dredge in the quest for further batting points. A failed attempt to clear cover ended the skipper’s vigil on 66, however Dredge and Gullock valiantly pushed the innings on to finish just shot of a 9th batting pojnt on 179-6 – a competitive total on a testing surface.

As has become the norm, Frome started excellently with the ball – Knight building pressure in an impressive opening burst and Asim making the early breakthrough courtesy of a fine diving catch at point from Lewis. However Ilminsterknuckled down and frustrated the Showmen, as Robinson and Masters put on a determined 2nd wicket partnership of 58.

Just as it seemed the tide was turning the home side’s way Wheeler scuttled one through to bowl Robinson for 48, however Rice ably supported Masters to take the score on to 94-2. The big moment then came when a powerful slog-sweep saw Knight take a high-pressure juggling catch in the deep and Rice departing just as he was beginning to let loose.

After 30 overs of patience and discipline Frome then seized their chance. After a disappointing opening spell Gullock (2-32) showed great guts to come back and snare the middle order, and when Asim (2-30) finally forced the gutsy Masters to play on the game had well and truly turned. With the required rate climbing the lower order threw caution to the wind, allowing Wheeler (3-24) and Arthur Harman (2-27) to claim some deserved rewards for their earlier efforts.When Knight ended proceeding with an excellent yorker, Ilminster had subsided to 138 all out – with Frome emerging victorious by 41 runs.

In what has been a season of hard-fought wins, this was certainly Frome’s most satisfying victory to date - battling to a good score on a tricky surface and a long hard-slog in the field with incredibly disciplined bowling (only 7 extras speaks volumes). At many points during the afternoon the Showmen were put under pressure, but their patience and presence of mind to not panic and have confidence in their ability to wrestle back the advantage is great to watch.

The promotion race continues next week with another toughgame at home against league leaders Trull. To extend the winning run to 6 the Showmen will need to be at their very best.